A week ago, AMD announced the next generation of processors in the upcoming Ryzen 3000 series. And although it initially seemed possible for PCIe 4.0 to be used on older motherboards with one of the new processors, AMD has now made many owners of said boards disappointed.

At the beginning of last week, the AMD took the stage during Computex 2019 and during its event, the manufacturer officially took the lid off the upcoming Ryzen 3000 series of processors, expected to launch on July 7th. 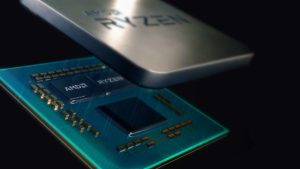 Earlier in May, it was noted that Gigabyte had launched a BIOS update for existing motherboards with B450 and X470 chipset, which supported PCIe 4.0 on these older motherboards (if a third-generation Ryzen processor was plugged into the socket). This hinted at the fact that users would not have to buy a  new X570 motherboard to take advantage of the new interface. Sadly AMD has now chosen to remove this option.

The information comes directly from AMD’s Robert Hallock, which through Reddit explains the manufacturer’s choice to disable all chances for PCIe 4.0 on older motherboards.

”This is an error we are correcting. Pre-X570 boards will not support PCIe Gen 4. There is a guarantee that older motherboards can reliably run the more stringent signaling requirements of Gen4, and we simply cannot have a mix or “yes, no, maybe” in the market for all the older motherboards. The potential for confusion is too high.

When final BIOSes are released for 3rd Gen Ryzen (AGESA 1000+), Gen4 will not be an option anymore. We wish we could have enabled this backwards, but the risk is too great. – Robert Hallock, via Reddit

According to Hallock, the decision was made since there is no guarantee that older motherboards can handle the stricter signal requirements of PCIe 4.0. AMD feels that the risk of confusion is too great if older motherboards “might” meet the requirements for PCIe 4.0. Thus, this opportunity will disappear with an upcoming BIOS update for existing motherboards, so you will need to pick up a new motherboard with the X570 chipset to use the new interface.

It came as no great surprise that the upcoming processor series will receive the same treatment as their older cousins, but we have now received that information confirming this fact directly from the source.